Amazon Has a Fraud Problem – Choose Your Service Providers Wisely

Amazon Marketplace is of Critical Importance to Sellers...

Amazon recently indicted six defendants in a scheme to pay insiders for reinstatement of Amazon accounts that had been suspended.

It’s time to admit that Amazon Marketplace is a critical business investment for many small businesses. If a small business were to lease a space in a physical mall, or kiosk, or were to book time on a television show, or something similar, there are laws and protections that exist from years of legal precedent.

Sellers working with Amazon Marketplace don’t have that – they sign a one sided contract that is very much in Amazon’s favor and forces them into expensive and usually unsuccessful arbitration in King County, Washington, if they want to dispute something with Amazon.

In any other similar situation, with the same level of economic importance to a business, it is possible for the parties to seek relief and a hearing in a civil court. That’s not possible on Amazon, and it encourages this kind of illegal at worst and underhanded at best behavior from a certain type of Amazon consultant. What are the charges?

Amazon and the US District Court for the Western District of Washington allege that over $100,000 in bribes were paid for various actions taken on the Amazon platform, in an effort to circumvent Amazon’s procedures.

In addition to the rather eye popping bribery allegations, the indictment alleges that the former Amazon employees (look below for their names) gave confidential and proprietary information such as the algorithms for the buy box ownership, search ranking, and more confidential information.

One of the more annoying parts of the allegations is that the defendants who paid bribes achieved more than $100M in revenue from the Amazon Marketplace after the fraudulent reinstatement actions took place. As a company that helps sellers understand their obligations towards Amazon and Amazon customers so that they can respond appropriately to Amazon, it’s pretty irritating that instead of fixing their illegal business practices, these businesses doubled down by paying bribes. I have had clients ask if they could pay a bribe, or tell me that they had in fact paid a bribe, when they were unwilling to comply with my recommendations on how to comply with Amazon policy. Those client relationships were then terminated.

We have also had clients come to us asking to fake invoices, or fake letters of authorization. The indictment alleges that the defendants created fake content in an effort to get limits lifted and other restrictions lifted that have very real financial consequences for clients like ours and theirs.

Clients of ours have had their listings hijacked in the way described by the indictment, with offensive or lewd pictures replacing the true pictures of the product. It’s been a few years since that’s happened though, so it appears Amazon has gotten better at detecting these kinds of attacks.

The indictment then goes into a summary of the Amazon Marketplace, what it is, who it’s for, and how it works. They also describe how employees must use their tools in the course of their job, and keep “annotations” of what’s happening on the account.

When I worked at Amazon, in the course of my job, I could see every order from any customer, anywhere Amazon had marketplaces, I could close any account, and I could look up the actual credit card numbers for any customer. It’s critically important when employees have that kind of information and oversight that they be trustworthy and operate within an ethical framework.

Some of the methods that are alleged that they used to communicate include using draft emails. When I was on the Grand Jury for the Western District of Washington about five years ago, this was a commonly used tactic of drug dealers. It was rather disconcerting to see it show up here to describe the actions of purported Amazon consultants.

Who are the defendants and what are they accused of?

Based on online sources and the indictment, these are the names and basic biographical information of the defendants in the case:

Ephraim Rosenberg – Founder Amazon Sellers Group (asgtg.com) – I help Amazon Sellers with Compliance issues – Sellers Suspension Expert (LinkedIn). The indictment mentioned that Ed manages a group, has a YouTube channel, and an annual event. Full disclosure, I have appeared on Ed’s show twice and Cascadia Seller Solutions appeared on Ed’s recommended service providers list for almost a year. However, Cascadia was removed from Ed’s recommended list of service providers, quite a few years ago. Cascadia has never used the services of ASTGT or any associated businesses.

Joseph Nilsen – E-Com Consulting Commando sent to planet Earth to market the unmarketable, sell the unsellable, enlighten the incapable (LinkedIn). Amazon noted that Joe used many aliases and controlled many businesses on Amazon without authorization. Full disclosure, I have spoken with Joe Nilsen previously, in 2016, to support his previous employer before he opened Digital Checkmate. Cascadia has never used the services of Joe Nilsen or any associated businesses.

Hadis Nuhanovic – CEO at Buddibox, an Atlanta based e-commerce company (LinkedIn). Nuhanovic also offers third party consulting services in addition to having multiple accounts that were run under aliases or various other methods of control.

Kristen Leccese – Master of Amazon Suspensions | #appealthis (LinkedIn). The indictment states that she also had multiple accounts she managed, and supports sellers with reinstatement problems.

Nishad Kunju, former Amazon Seller Support employee (Financial Times). The indictment alleges that he provided while an employee such services as outlined, and continued to offer his services as a consultant thereafter.

The unauthorized reinstatement of accounts, the review of data needed to get a one-up on competitors, the deletion of negative reviews and fake positive reviews is alleged to have occurred as part of conspiracy of the previously mentioned defendants. What are the consequences we’re seeing as a result of this alleged behavior?

One of the purported acts was to attack competitors and get their listings or accounts shut down. One of the reasons we’ve always had trouble securing positive reviews for our own consulting services – which consist of actual consultation and expert guidance – is because Amazon sellers are afraid of these kinds of black hat policies.

In one situation, a brand owner managed over 50 brands in their own account, and lost access to quite a few, without any notification or detail as to why from Amazon, other than a note about the account health of their account.

We have been made aware of a situation in which an Amazon employee told a logistics provider that they “found him out” and acted in other ways aggressively towards him when he asked for clarification regarding the suspension of a related CA account.

As of now, the MX and CA closures don’t appear to be causing US closures, but one of the many fun aspects of working with Amazon is that many of the employees who review accounts are limited by time — and seeing a related account marked as deactivated seems like a pretty risky issue to be facing.

What should sellers do?

First, vet your service providers. If a service seems to be too good to be true, it probably is. Honestly, I have no doubt that anyone who allegedly paid $200,000 for a reinstatement consultation knew that they were paying a bribe.

Second, check how your service providers operate. If they don’t have contracts when they’re working with you, if they use random messaging apps instead of operating professionally using email and other systems with recordkeeping capability, then maybe they’re not professional consultants.

Get me customers that say YES!

No matter the results of the indictment in court, one thing is clear – Amazon is a very important platform. Important enough for a seller to think it’s a good investment to pay a massive bribe to get their account or listing back.

If this has happened a few times as listed in the indictment, it’s certainly happened quite a bit more than that.

Having a more fair, transparent, and third party accessible version of arbitration rather than an opaque and invisible process run by nameless faceless low level employees all over the world, held to performance requirements that force them to rush through the appeals process for sellers – appeals that represent their livelihoods and that of their partners and employees – sounds like an urgent and necessary change to Amazon’s investigation procedures.

Get your weekly Amazon fix!

Join us for our free weekly news/live cast about the issues we’re seeing for the week, and one hot tip to improve your business for the week. 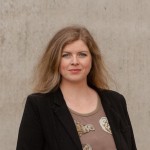